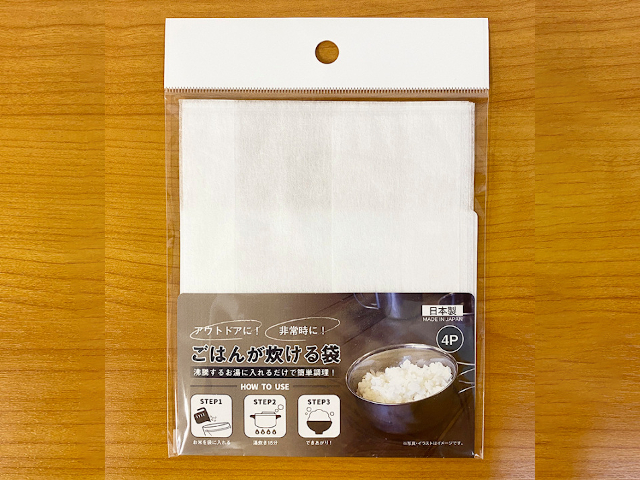 Is this the next best thing to investing in an actual rice cooker?

Our Japanese-language reporter Go Hatori has cooked rice in various ways throughout his life. And while he’s a dab-hand at operating regular rice cookers, and even new mini desktop ones, he’s always on the lookout for alternative options that tick all the boxes in terms of price, convenience and resulting flavour.

So when Go came across a Rice Cooker Bag at 100-yen chainstore Seria, it immediately ticked the box for price, especially with four in the pack, which meant each one worked out to be just 27 yen (US$0.24) each, including tax. 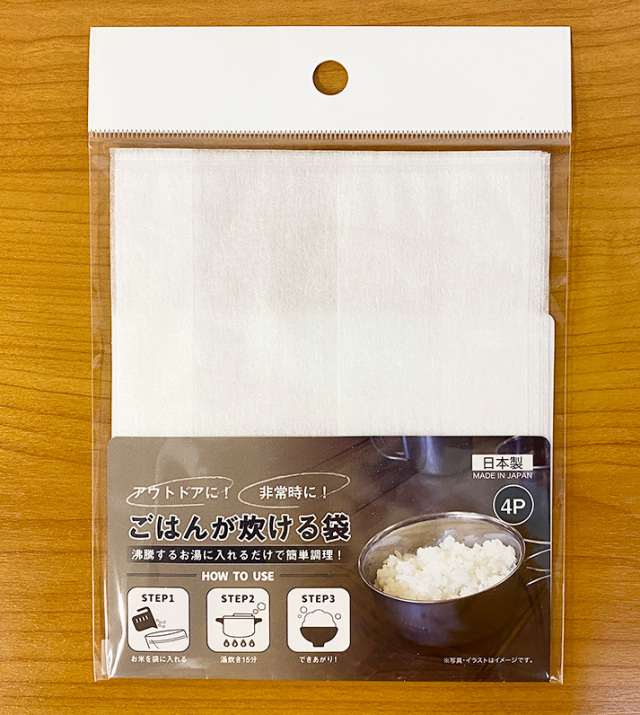 ▼ The bags are made of non-woven fabric, and look similar to the smaller ones sold in Japan for making your own tea bags with loose tea leaves. 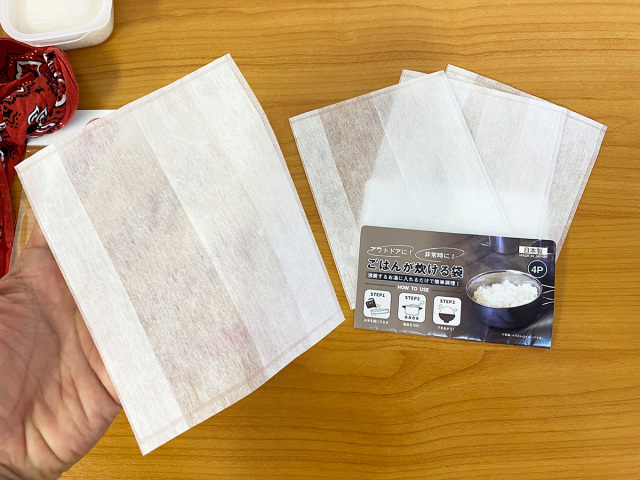 Go often uses the small bags for making tea, but he’d never even thought to apply the same method to making rice before. Eager to see what the result would be, he popped in enough rice for one serving and then folded the top over to close it all up. 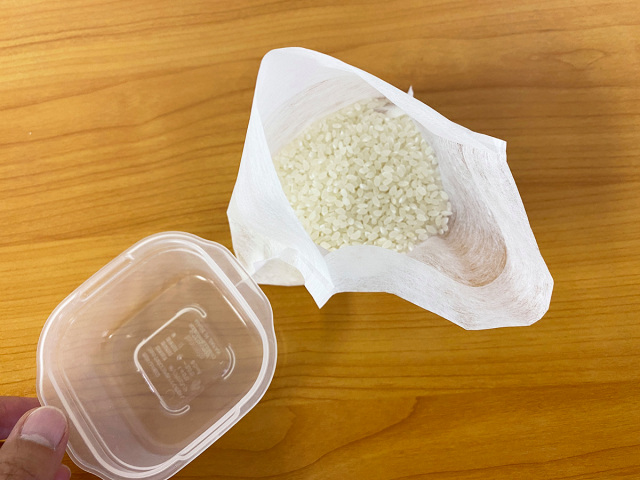 Then, all that’s needed is to pop it in a pot of boiling water, ensuring there’s enough water to cover the whole package, and let it boil without a lid for 15 minutes. 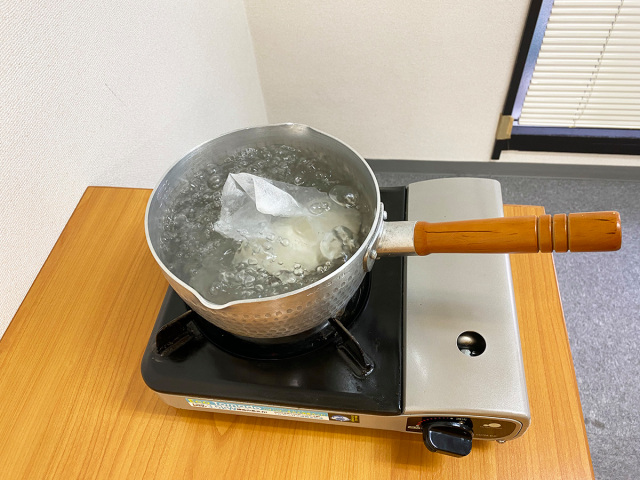 While Go waited for the rice to cook, he prepared a lid and some tableware for the next step in the process. 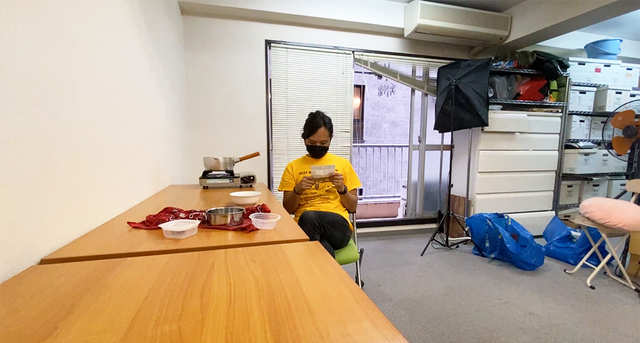 ▼ That also gave him some time to study the instructions on the back of the package. 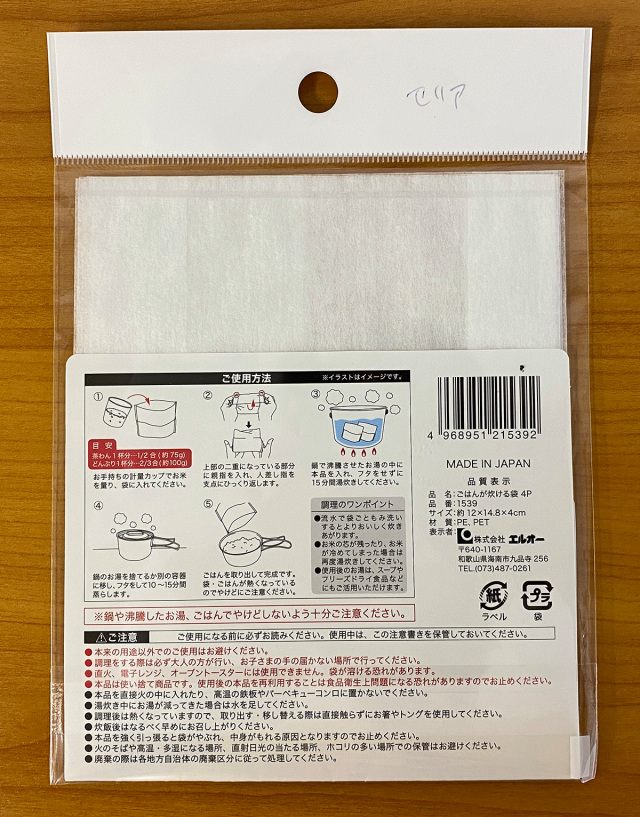 ▼ After 15 minutes, Go turned off his portable stove and lifted the bag out of the pot. 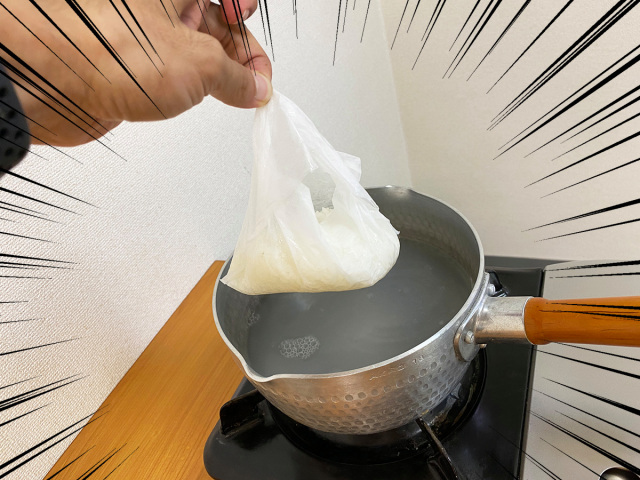 He then placed the bag in an empty pot, before covering it with a lid. In this case, Go didn’t have a proper lid so he made do with a large bowl. 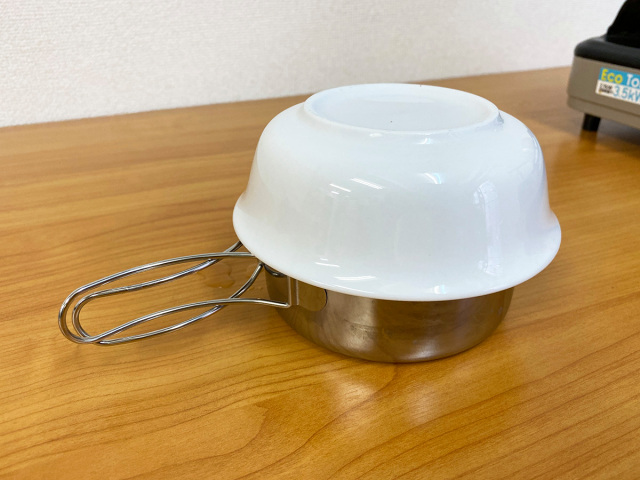 After about 10-15 minutes, during which time the rice is essentially being steamed, Go lifted the lid…

▼ …and emptied the rice into the pot.

You can, of course, empty the rice into a bowl, which is the preferred method, but seeing as the whole cooking process reminded him of a camping trip, Go decided to eat the rice from a pot designed for camping. 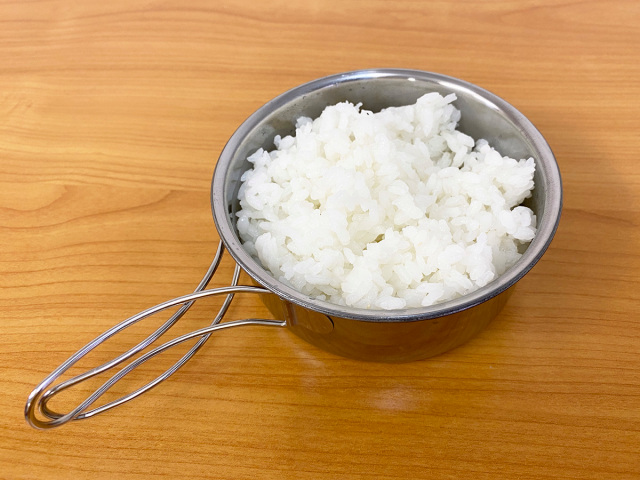 The rice looked plump and delicious, which lifted Go’s expectations as he took his very first taste of Rice Cooker Bag rice.

However, looks were deceiving as the rice didn’t have the same texture as Rice Cooker rice, but Go put that down to timing. There was nothing wrong with the overall flavour, but the rice was al-dente, with some of the grains not entirely cooked, so Go recommends cooking it and steaming it for longer than the instructions suggest. 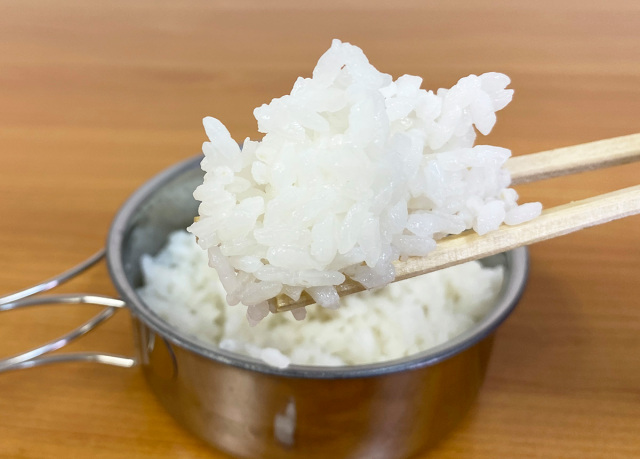 That shouldn’t be a problem when you’re out in the great outdoors, with nothing but time at your disposal, and after a longer cook Go reckons this would result in a really excellent bowl of rice.

So next time you’re setting out on a camping trip, you might want to pop these in your bag, along with an instant curry for a quick and tasty meal while you’re away. It’s the next best thing to packing your rice cooker for the trip, and if you’re looking for more handy outdoor ideas, don’t forget to keep an eye out for the Daiso sleeping bag and amazing ‘see-through’ tent, which Go has also tested out and highly recommends!